31 October 2k18
Good Hallows’ Eve, Dear Reader. This day the Veil is thin.
Go to the Crossroads, tear the Veil away:
The first step is the hardest of all. 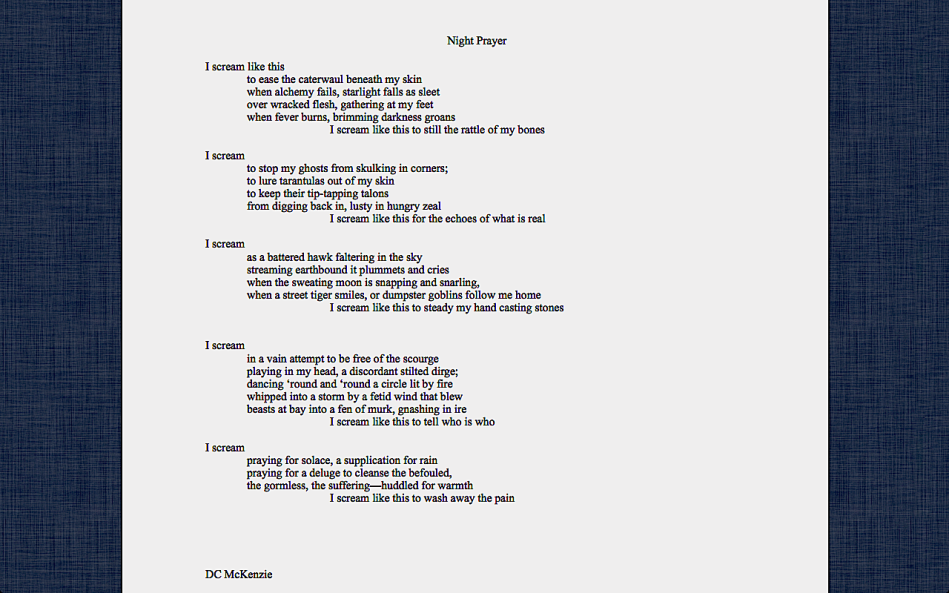 ~A poem for Samhain~

Once upon a time… A time before Hallmark Halloween and Hershey Bars; before trick or treat. There was a time when many cultures, particularly the Gaelic peoples, celebrated Harvest, and honored the dead on this night.
It was believed that the barrier between this world and the Sidhe became thin, allowing for all sorts of trespassing both from and into our realm of the living. Being the final harvest, it was also a time of hard choices to survive the coming winter.

In many hidden faiths, this day and night are balanced against the Spring festival of Beltane on the Wheel of the Year; Samhain is considered to be a time for celebrating the lives of those we love who have passed from this life.
Surviving down through the centuries, sculpted to serve each new belief system in its own way, this night nevertheless retains a powerful hold on our imaginations. For this one night out of each year we stop and pay tribute to the Unknown.
Considering how much we do not know, this should be a large tribute indeed.

On this night let us acknowledge the bitter Darkness that we might cherish the fertile Light.

Ouroboros
The Cycle of Life

few of us truly believe
we will draw the short straw
and be killed for food.

or that behind sterile walls
hidden away from prying eyes
spiders are silently plotting our demise;
and even now creatures loosed from the zoo
might be amassing to stage their coup.

there may come a fine summer day
when this fuming parking lot
is a fair field of honey hay;
when sharks swim upriver
hunting in swimming holes
for an easy dinner.
and packs of piranha prowl poolside patios,
while here at this barren bus stop
there will be a grizzly bear buffet.

some things are so absurd
they must be believed:
that in this youniverse
there is room for a me.

the trick, it seems, is to know
—when to run
instead of standing around gawking
—when to dance
instead of sitting there talking

it does you no good to live in dread
of things that are slithering beneath your bed.
when morning comes and finds you still alive
just shake off that tired, old bogeyman jive.

now, it’s easier to will a comet
down into your loving arms
than it is to outgrow being a fool.
yet, in the end, it is far better
living round within square rules.

that there might be a tumor
lurking somewhere inside us
a wild growth
we will never see
waiting to undo us.

yet, life is finer when you snuggle up
to the Reaper; the meat’s so much sweeter
when you make a friend of Death

so, here I stand, atop a heap
of defeated worries and bony woes
waving a stone club over my head
howling at the heavens to awaken the dead.

for it is easier to believe i could do the eating
then be eaten.
the future, you see, is certain,
minute by minute,
the only question
is whether or not we are in it.