Today, after two decades of prison and house arrest, two decades of ruthless oppression which has only strengthened her noble resolve, the Junta of Burma has set free Daw Aung San Suu Kyi. 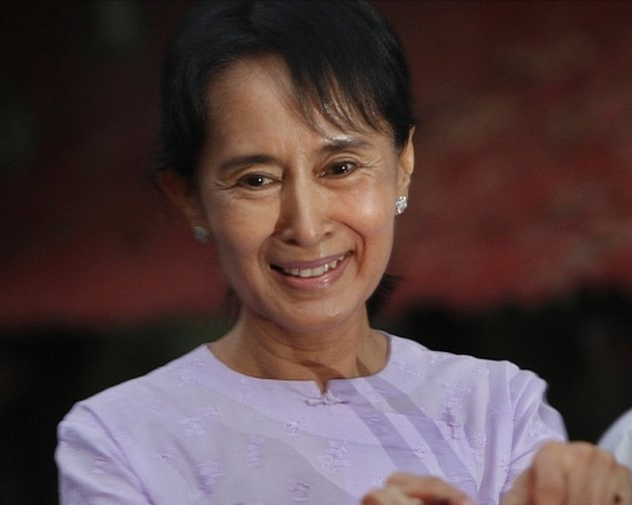 Emerging from her Rangoon home to the celebrations of thousands, who had been gathering since Friday, Daw Suu Kyi called for calm, saying, “There is a time to be quiet, and a time to talk. People must work in unison.” And said she would visit the headquarters of the now disbanded political party, the National League for Democracy, which won the election in 1990, but was quashed by the Junta, who then arrested and held the outspoken Daw Suu Kyi in one form of imprisonment or detention ever since.

Secretary General of the United Nations, Ban Ki-Moon, also made an impassioned plea to the military Junta to “…build on today’s action by releasing all remaining political prisoners…”

Only in Solidarity can we forge true Freedom.
Only with Solidarity can Unocal be held accountable for their Crimes against Humanity: by bribing the Junta military to make slaves of countless poor Burmese citizens. Forcing them to labor in the jungles to clear brush for pipeline equipment; a death sentence to many, while those who live often become refugees in their own land. Yet Solidarity knows no borders, recognizes no difference between Asian, European, American…Solidarity only recognizes Human.

Only through Solidarity will the political prisoners of Burma be released, and an end put to the Generals and their brutal, wicked regime.

Come, let us stand with Daw Aung San Suu Kyi, until all of Burma is finally Free.